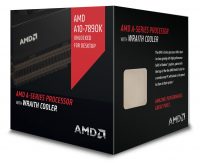 New AMD A10-7890K
Setting a new APU Standard, the new AMD A10-7890K is the fastest AMD desktop APU released to date, with 1.02 TFLOPS of theoretical compute performance4. This new processor has been paired with the top-of-the-line AMD Wraith Cooler to deliver a high-performance combination, enabling best-in-class online gaming5, while offering near silent operation for a premium experience. Gamers will be able to enjoy playing the most popular online and eSports games right out of the box on high settings with the new AMD A10-7890K APU, which is capable of providing smooth frame rates in some of the most popular online games like League of Legends®, DOTA2, and Counter Strike®: Global Offensive1. AMD APUs combine the power of AMD processors with the performance of discrete Radeon™ R7 class graphics in one convenient SoC, and support DirectX™ 12, OpenGL, Vulkan™, and FreeSync™ in addition to Microsoft® Xbox One™ game streaming on Windows® 10. 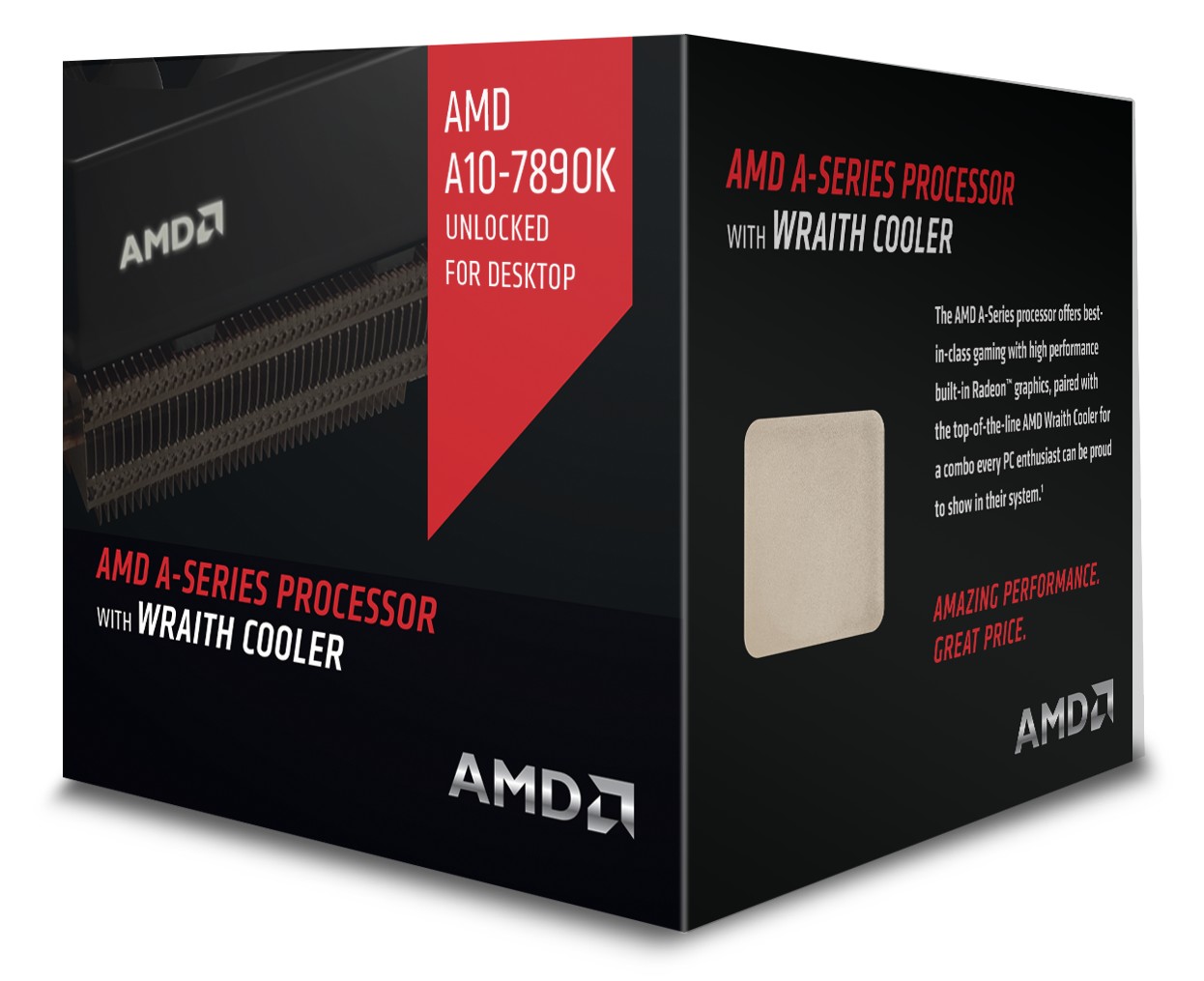 New AMD Athlon™ X4 880K
The new Athlon™ X4 880K is the fastest multi-core Athlon™ processor ever made, boasting a 4.2 GHz maximum turbo frequency and an unlocked clock multiplier7. Paired with the new near-silent 125W AMD Thermal Solution – featuring the same capable hardware and performance of the Wraith Cooler, without the illuminated shroud – this processor delivers high multi-core performance that can deliver extremely high frame rates in some of the most played and popular online games, capable of providing smooth performance at 1440p and 4K when paired with a capable graphics card.2,3 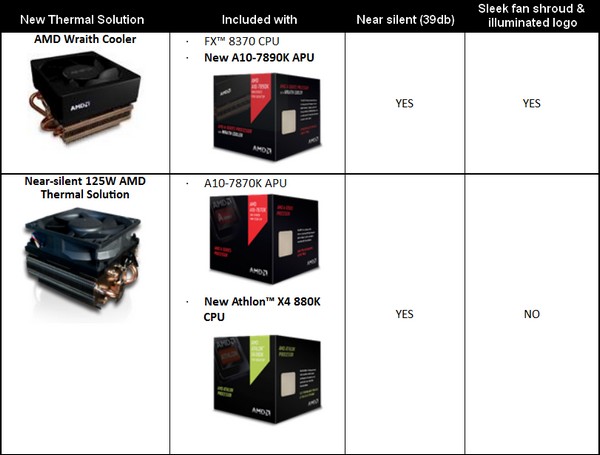 Pricing and Availability
The new AMD A10-7890K and Athlon™ X4 880K processors and thermal solutions, and the AMD A10-7870K with its new 125W Thermal Solution, are planned to be available for sale at the end of March 2016 at select retailers/e-tailers and participating system vendors