The 3950X, a 16-core, 32-thread desktop CPU running at a 4.7GHz boosted clock, has been highly anticipated and BIOSTAR has been well prepared for it. Supported by BIOSTAR X570, X470, B450, X370, B350, and A320 chipset with AM4 socket motherboards, the monster CPU from AMD brings the latest in PC tech with support for dual-channel DDR4 memory at 4000+MHz and PCIe 4.0, a perfect match for the feature-loaded GEN4 RACING X570 and X470 motherboards from BIOSTAR. By updating the supported motherboards with the latest AGESA 1.0.0.4 Patch B BIOS, users can unlock support for the new AMD CPU and its benefits, as well as improved system boot time as tested by our engineers.

Sporting the unique new Racing Gen 4 grey lightning strikes design from BIOSTAR, the RACING X570GT8 and X570GT are the perfect motherboards for gamers looking for a lightning-fast and ultra-responsive gameplay experience, and create a unique ID for their build with its aesthetics and customizable LEDs. Taking advantage of the 16 cores and fast clock speed of the new AMD RyzenTM 9 3950X processor, the RACING X570GT8 and X570GT give to even the most novice player a clear advantage to take the lead and compete amongst the best. 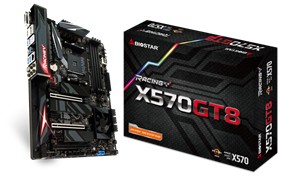 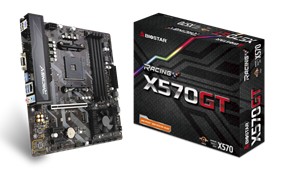 Whether you are a casual YouTuber, create 3D content, or do professional video editing, the BIOSTAR RACING X570GTA will not let you down. Combining the power of AMD RyzenTM 9 3950X processor, fast memory, high bandwidth storage and support for the latest and greatest graphics cards, the RACING X570GTA offers the right set of reliable features to make your PC the ultimate powerhouse and give you the level of performance and worry-free needed to create without end. 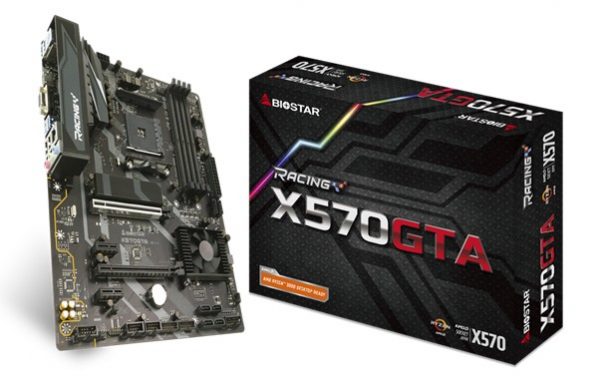 Part of the RACING X470 series motherboard from BIOSTAR, and built to bring the best gaming impact to the users, the RACING X470GTA features USB 3.1 Gen2 support (10 Gb/s), PCI-e M.2 at 32 Gb/s, as well as HDMI 4K resolution for a near to real-life immersive experience. When paired with the AMD RyzenTM 9 3950X processor, the user is equipped with the right set of features to perform without restraint and take the lead towards achieving gaming nirvana. 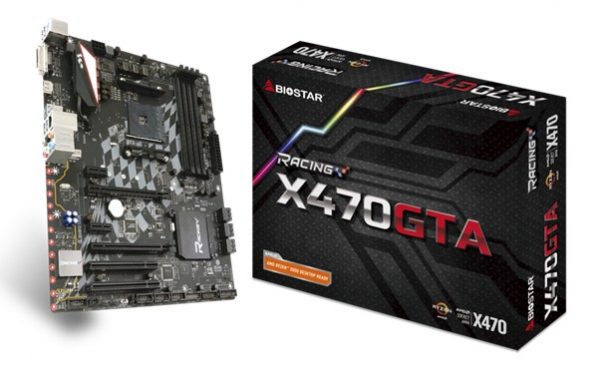 When it comes down to building a computer that caters to the everyday needs of HTPCs, office workers, storage machines or compact gaming, the BIOSTAR X470NH, paired with AMD’s RyzenTM 9 3950X processor, is indisputably the powerhouse of choice. Design as the foundation for the ideal compact HTPC for home and office workers looking for a powerful yet discrete machine to run their daily tasks or build a secure NAS from, the X470NH meets their needs with a set of features focus on making a capable PC. 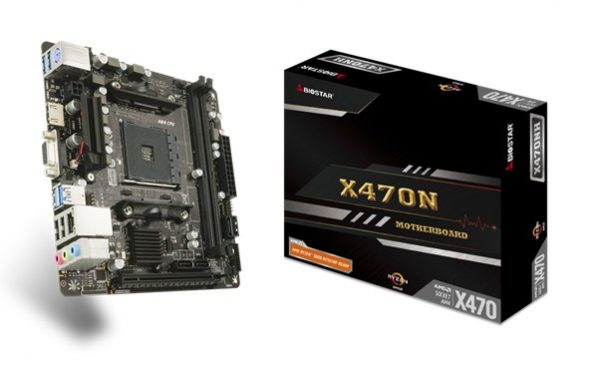