UMIDIGI is working on a new rugged phone, UMIDIGI BISON Pro, which is a new member of its BISON series.

UMIDIGI BISON series has been very popular since its release because this series provides users with high-end specifications at a low-end price. After the success of BISON and BISON GT, now the company is working on a new member of the BISON series called BISON Pro. The design of this device is almost the same as BISON, but its color is different. According to its slogan, BISON Pro seems to be equipped with a stronger processor, which will be a breakthrough in the BISON series. As a rugged phone, BISON Pro not only has a solid structure and IP68 & IP69K, it also comes with a 48MP triple rear camera, which is very suitable for outdoor and sports lovers.

There’s been a lot of talk about the upcoming UMIDIGI BISON Pro sporting the same quad rear camera as BISON, but a new photo posted on the company’s official Twitter clearly shows a triple rear camera with an infrared thermometer. Since the outbreak of the epidemic, UMIDIGI has been trying to equip each product with this infrared temperature sensor, doing its best to give users more sense of security. In addition, the leak confirms that BISON Pro has the same design as BISON which is rugged yet lightweight and thin, and it is also expected to feature IP68 & IP69K rating resistance and high-quality drop-proof and dustproof. Furthermore, BISON Pro has a waterdrop display that is similar to BISON. 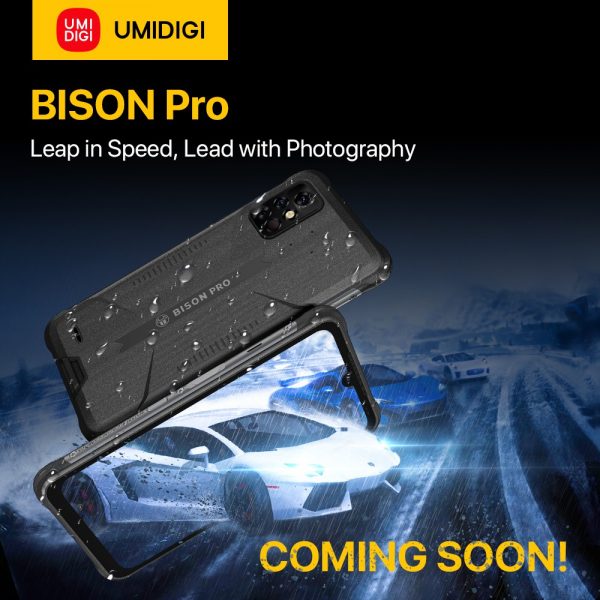 For now, little is known about the full specs information of BISON Pro, but we can expect more on it. UMIDIGI said that BISON Pro is a leap in speed, so the processor of BISON Pro will be a big breakthrough from previous products. And BISON Pro comes with all-new color options, one is black and the other is gray, but it’s unknown if there are more colors to choose from. What’s more, if UMIDIGI goes in a similar route with the BISON and BISON GT, expect the big battery, liquid cooling system and X-xais linear moter to stay. 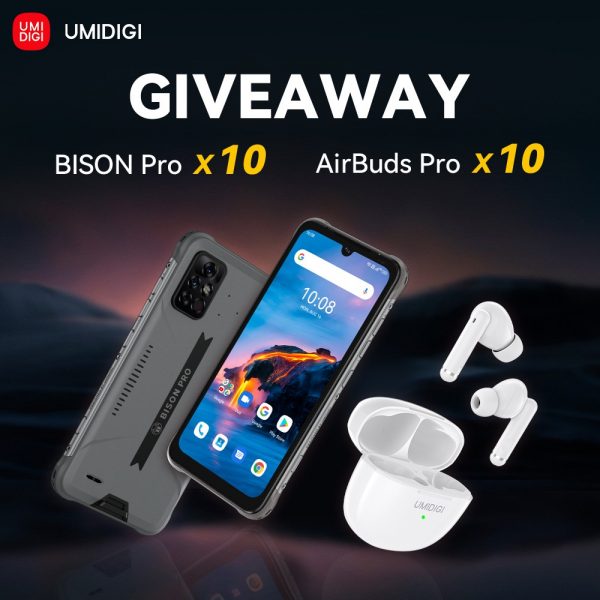 Lastly, UMIDIGI is giving away 10 units of UMIDIGI BISON Pro and its upcoming UMIDIGI AirBuds Pro, a True Wireless Stereo earphone with ANC feature. If you are interested in UMIDIGI BISON Pro and the other new products, you can go to UMIDIGI’s official website to get more information and join in the giveaway.