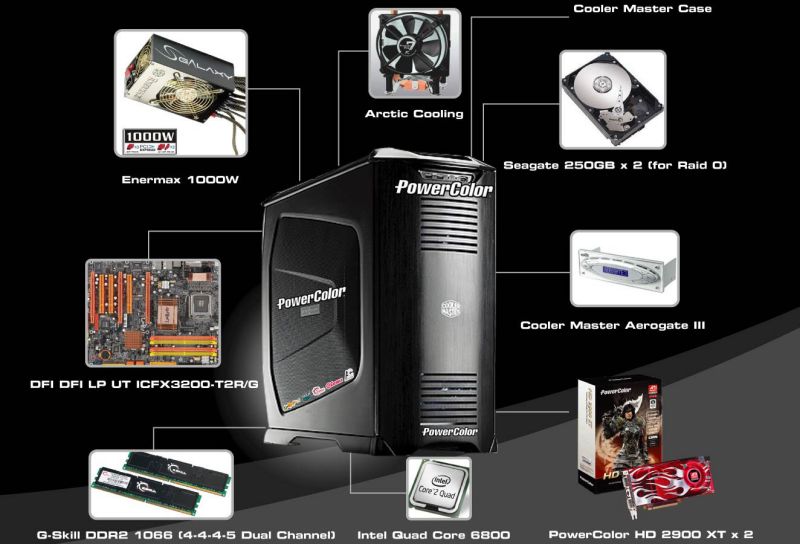 The “Power Machine” was built from the best components supported by our good friends and partners. The tweaking of the machine was assisted by our friends at Fudzilla, Lars and Fudo.

“We were confident going into the tournament, as we made sure we had the best components available accompanied by a talented group of engineers” says Ted Chen, CEO of TUL Corporation. “We are excited for next year’s invitational and plan to push our technology further to bring gamers and spectators another great show.”