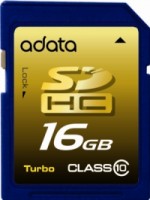 Taipei, Taiwan – July 22, 2009 – After the exciting release of its 600X CF card at Computex 2009, A-DATA Technology Co. Ltd, the worldwide leader in DRAM module and Flash application products announced today another industry-leading memory card – Turbo series SDHC Class 10 memory card. It supports the new SD Association’s new class 10 specification with a dramatic performance improvement in recording cameras on the market today. With high transfer rate of Class 10, the card enables digital camera users to easily capture sequential shots that used to be hard to catch due to the limitation of memory card speed. 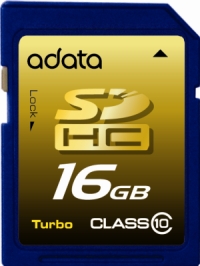 Seize the important moment by taking every single move sequentially
Have you ever experienced the disappointment of missing an irreplaceable moment such as the first step of your child simply because your digital camera could not keep up with the act? Some consider DSLR the solution to the problem, yet the daunting price on DSLR makes it less accessible for entry-level users. With A-DATA Turbo series SDHC Class 10 performing at a transfer rate up to 22MBps on devices supporting SD v.3.0, one could seize these important moments by recording every single move.