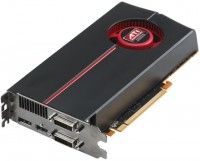 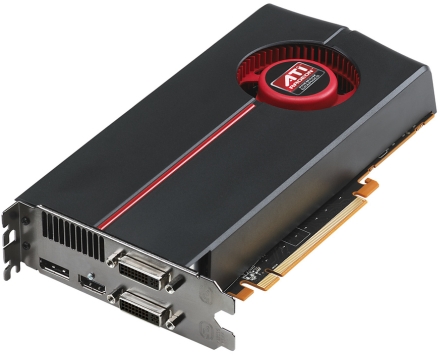 With over 20 DirectX 11 titles currently in development, gamers can be ready with DirectX® 11 hardware this holiday season.

Jon Peddie Research
“I have to say that even the most enthusiastic reviews of ATI Eyefinity don’t fully capture just how impressive this technology is, not to mention the potential opportunities and applications it unlocks. AMD has taken a bold step forward by enabling three, and soon six, monitors from one graphics card.” – Jon Peddie, founder, Jon Peddie Research

Mercury Research
„Over the last decade, graphics processors supporting each new version of DirectX have achieved high volume shipments earlier in their life cycles than their predecessors. Our forecast is that DirectX 11 capable GPUs will continue this trend with the fastest transition between technologies ever, resulting in shipments surpassing DirectX 10 GPUs in 2010.“ – Dean McCarron, founder, Mercury Research

“I love the improvements I see when BattleForge is played on DirectX 11 hardware. AMD has been tremendously supportive of our move to DirectX 11, making their ATI Radeon HD 5700 series cards available to us ahead of launch to ensure an incredible experience when playing BattleForge, and it shows. This game looks great and performs better than ever.” – Dirk Ringe, vice president, EA Phenomic

GSC Game World – Developers of S.T.A.L.K.E.R.: Call of Prypiat
„The entire S.T.A.L.K.E.R. series was designed to capture the starkness of a post-apocalyptic world, and DirectX 11 has helped us to establish that environment. When coupled with support for ATI Eyefinity multi-monitor technology, the visual improvements introduced with DirectX 11 create a level of immersiveness that makes S.T.A.L.K.E.R.: Call of Prypiat a riveting game to play.“ − Ruslan Didenko, Project Lead, GSC Game World

Rebellion – Developers of Aliens vs. Predator

Turbine – Developers of The Lord of the Rings Online™ and Dungeons and Dragons Online®: Eberron Unlimited™

“Updating our titles to DirectX 11 is great for our players. Microsoft’s latest API delivers performance enhancements and image quality improvements, a one-two punch that is sure to deliver an even better game experience!” – Christopher Dyl, CTO, Turbine

“For years, Trinigy has prided itself on developing innovative game engine technology that frees developers to create incredible game experiences. The Vision Engine’s support for DirectX 11 and the ATI Radeon HD 5700 series of graphics cards keeps us on the leading edge of game development by helping studios deliver superior graphics and ultra-realistic game environments without compromising frame rates. We think that many developers using the Vision Engine will agree that making games with DirectX 11 will lift their games to a whole new level of realism.”
– Dag Frommhold, managing director, Trinigy

„At Unigine we’ve always prided ourselves on implementing and showcasing the latest in PC graphics technology. DirectX 11 introduces new elaborated design and raises gaming performance to amazing levels while providing great backward compatibility with DirectX 10 and DirectX 9 hardware. With DirectX 11 we are able to include support of DirectCompute 11 into Unigine that can be used for faster physics simulation, cinematic special effects of dramatic impact and breathtaking water simulation. HW tessellation empowers developers to create ultra-realistic scenes complete in every detail based on Unigine technologies. It’s like DirectX 11 is a rocket that just hit escape velocity!“ − Alexander Zaprjagaev, CTO of Unigine Corp