Again, the fastest graphics card in the world from POV! 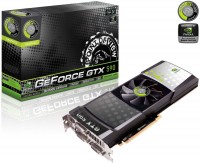 EINDHOVEN –March 22nd, 2011 – Point of View known for its range of NVIDIA based 3D Graphics cards, Netbooks and other PC products, announces today its launch of the redefinition of performance: the Point of View GTX 590. 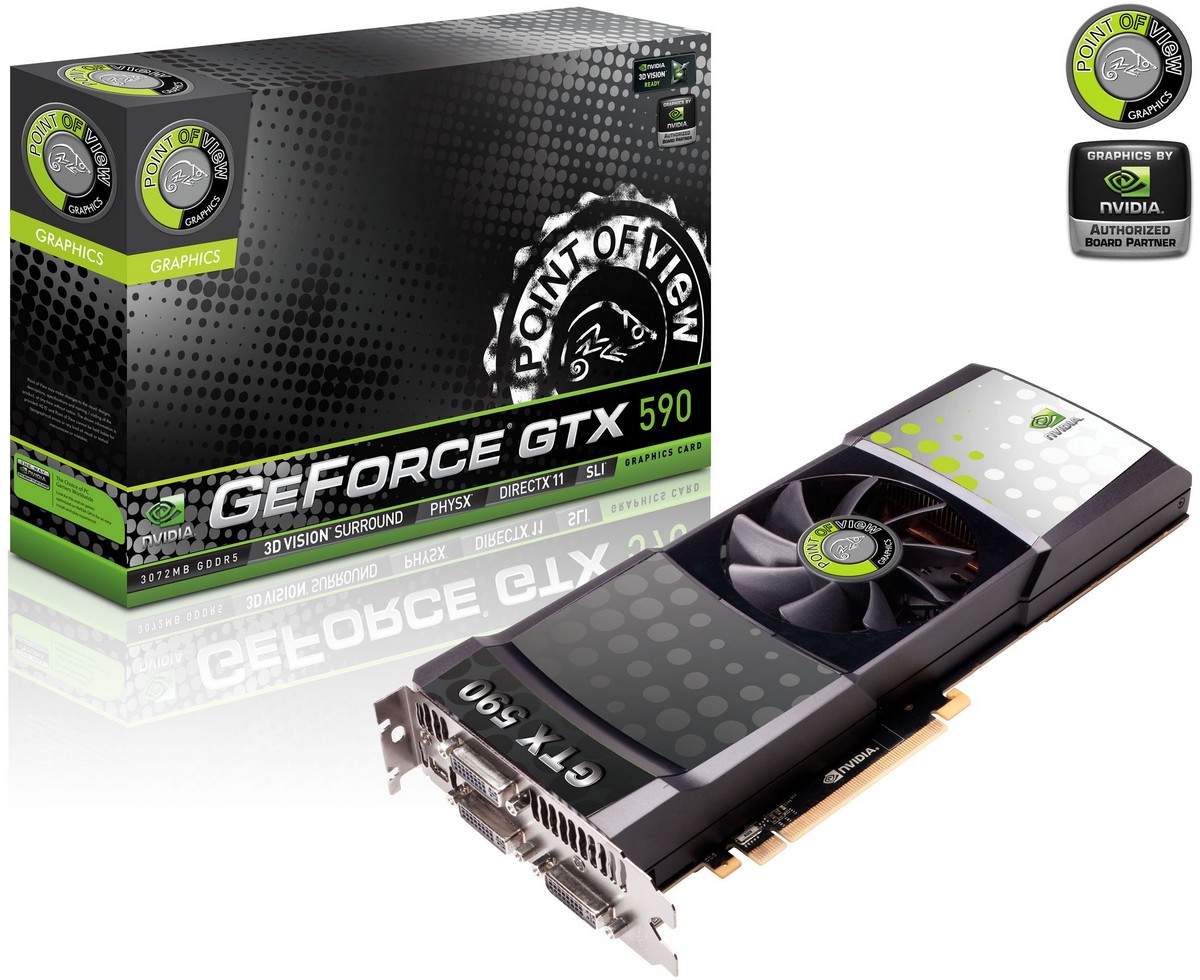 Of course this graphics card has the latest DirectX 11 support as well as all the rendering technologies needed for the most advanced games and applications. Not much can be said since it’s already clear that PhysX, CUDA and 3D Vision (surround) maximize your gaming immersion!

The GTX580’s innovating thermal redesign has been improved for the sole purpose of cooling this monster card. Each GPU has a separate vapor chamber to tame these two roaring DX11 engines. For the optimal performance of the two GPU there is also an on-board PCI-E bridge chip and a 10 phase onboard power supply included on the 12-layer, 2oz copper circuit board.

With your personal army of 1024 shader cores running on 1216 MHz you will own every game or application! Both GPU have an overall clock speed of 608 MHz with no less than three Gigabytes DDR5 memory clocked on 3414 MHz to work with!

A single graphics card, double GPU and triple DVI graphics outputs. Broaden your Point of View by connecting up to three monitors for an ultra-ultra-wide gaming experience. Of course these DVIs are dual link enabled so the max resolution would be 3 times 2560 x 1600 which equals 7680 x 1600.
Also there is one mini Display Port output available.

A closer look at the specs of the GTX 590 reveals:

The GeForce GTX590 is the best graphics card in the world that everybody dreams to have. The new performance king by Point of View will be available immediately, so contact your POV retailer for more information or visit the “Where to Buy” section of our website.