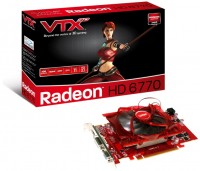 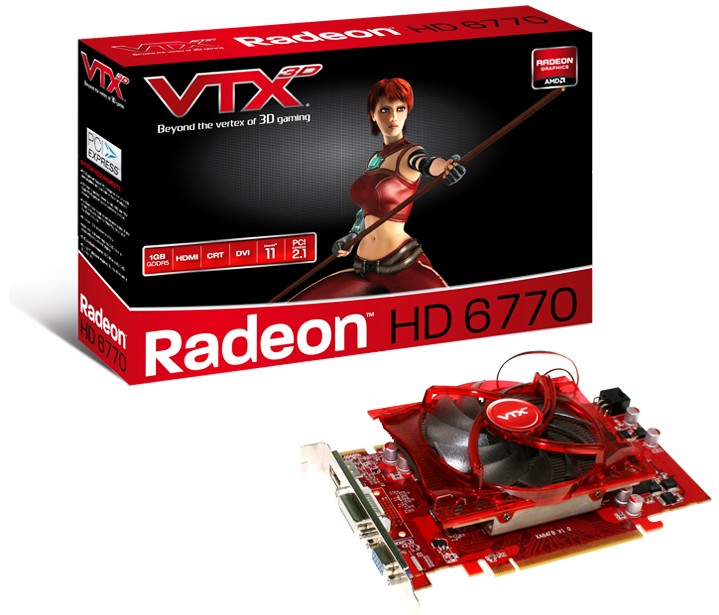 VTX3D HD6770 features a 850MHz core clock, 1200MHz memory clock, and there is 512MB/1GB of GDDR5 memory with a 128-bit interface. VTX3D HD6750 deliver high performance with 512MB/1GB of the latest GDDR5 memory, together with clock speeds of core and 1000MHz/1150MHz for the memory. Both VTX3D HD6770 and HD6750 equipped with duel slots fan, provide much cooler temperature and more quietly even under full load. 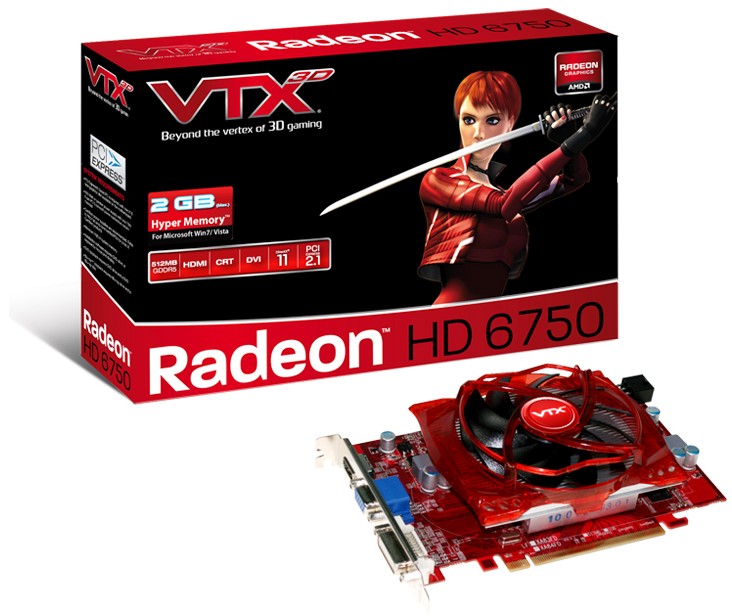 With the help of AMD App Acceleration technology, you can unleash the most demanding applications and tap into stunning video quality. The well-known AMD acceleration technology can lower CPU capacity by allowing GPU to share some compute tasks, makes the speed of video encoding, transcoding and upscaling much faster.