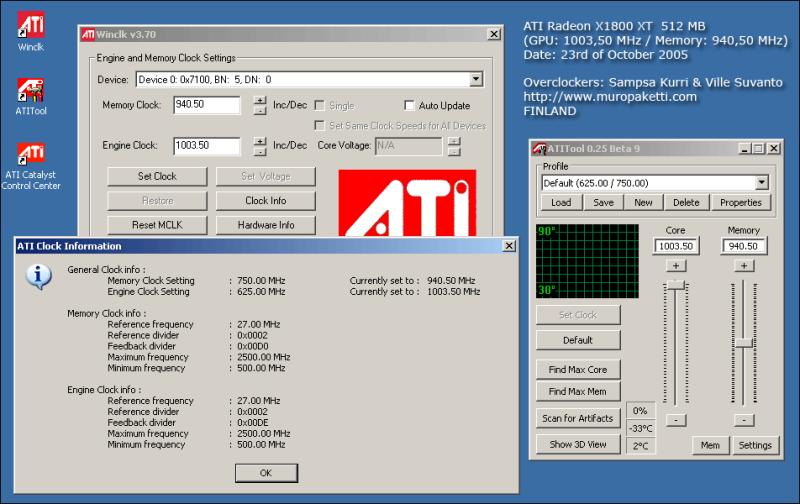 The team, optimistic that higher speeds could ultimately be achieved with the Radeon X1800 XT, attained the record speeds using a custom-built liquid nitrogen cooling system that cooled the graphics processor to minus-80 degrees Celsius. “We’re just warming up,” joked Kurri. “But we believe that the Radeon X1800 XT has even more over-clocking headroom, and in the coming weeks we expect to achieve higher clock speeds and even greater performance levels.”

Radeon X1800 XT’s extreme clock-scaling capabilities are made possible by a series of key innovations that include use of the state-of-the-art 90-nanometer semiconductor process technology, an efficient new Ultra-threaded Shader Model 3.0 architecture, and a revolutionary new 512-bit ring-bus memory controller.