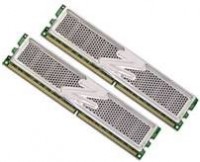 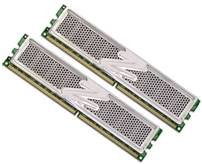 As part of OCZ’s Platinum series, the PC2-8000 2GB modules are engineered to satisfy the demands of overclockers and enthusiasts, and designed to deliver the performance and speed gamers require for today’s graphic-intensive DirectX 10 PC games. At a blistering 1000MHz, the 4GB Platinum Edition runs at faster speeds than typical 2GB modules, offering incredible bandwidth and stability on the latest platforms.

“System memory density is a significant cost factor in the overall configuration of any personal computer,” commented Dr. Michael Schuette, VP of Technology Development at OCZ Technology. “However, retrofitting a system with an abundance of memory does not necessarily translate into having to spend an abundance of cash. By releasing quality products like the PC2-8000 2GB modules at a low price point, OCZ Technology once again demonstrates the commitment to providing the customers with the best possible solution in the market place.”