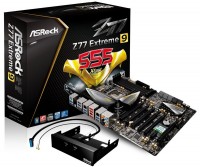 “Our goal was to offer more mobo specifications compared to other standard products! Beyond the standard Z77 fare, you can get multiple configurations from Z77 Extreme9, such as onboard 2T2R Dual-Band WiFi and BT v4.0 module, Wi-SB BOX and 4-Way SLI/CrossFireX Support from PLX PEX 8747 bridge.” Commented by James Lee, V.P. of ASRock Marketing and Sales. “Apart from allowing users to enjoy extreme performance, we also care about PC’s maintenance! ASRock Dehumidifier was created to prevent motherboard malfunction caused by humid and damp conditions. Hence, PC with ASRock motherboards will be ensured to have higher longevity.” 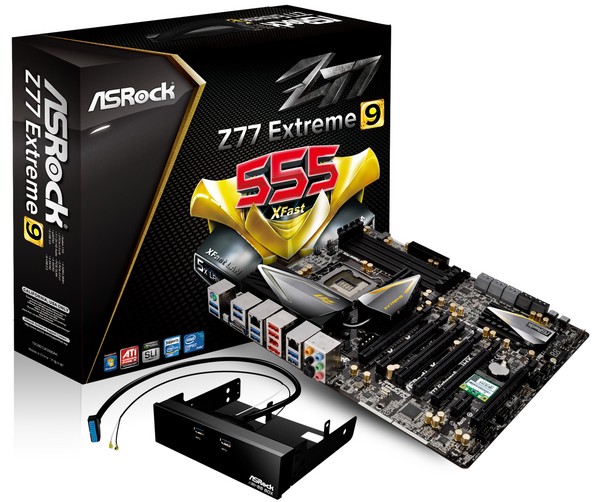 Dehumidifier
The newly launched Z77 Extreme9 also brings the newest Dehumidifier function. Since the most harmful issue to the longevity of your PC would be the moisture. ASRock Dehumidifier has been designed to make sure that humidity is never an issue. When enabling Dehumidifier, the computer will power on automatically to dehumidify the system after entering S4/S5 state. PC with ASRock Dehumidifier can even reduce the level of humidity of nearly 30 percent.

With Intel’s Z77 desktop chipset expose in full swing, the new ASRock Z77 Extreme9 is definitely the most shining model available at launch. It is indeed an all-round motherboard, representing the pinnacle of performance and allows extreme builders to set up their dreaming system!