Giada Demos The Q11: A Full-Featured Android Based MiniPC

March 11th, 2013 Shenzhen China – Giada Technology, a subsidiary of JIEHE Technology Development, which focuses on the development and manufacture of devices for cloud computing based on compact and cost-effective PCs and tablets, demonstrated its unique ultra-compact desktop PC, the Giada ARM MiniPC Q11 based on an ARM processor during the CES’13 exhibition which was held in the beginning of January 2013 in Las Vegas, Nevada.

It may seem that there is no innovation in the field of autonomic computational systems which really surprises either system integrators or end user customers. Vendors only offer a few percentage points of improvement here and there in some specification annually. But what if there was a product which would allow the changing of the energy consumption considerably together with a significant decrease of the price per unit? It is possible today with the transition to the new ARM platform, which is overall more functional in key aspects. This is exactly what Giada Technology offers with the launch of its ARM MiniPC Q11. 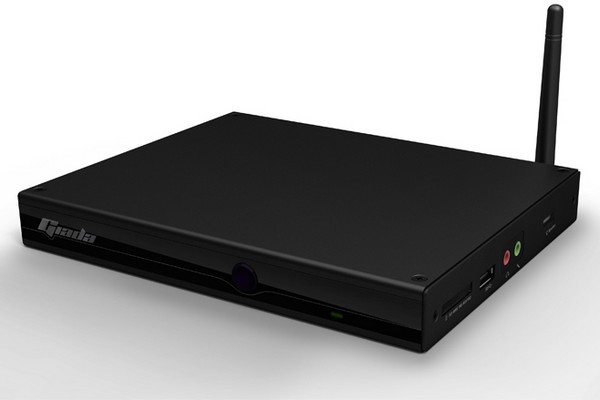 The new SFF (small form factor) system Q11 stands out among the many solutions based on Intel or AMD processors and Windows OS due to a considerably lower size of computational elements and a smaller mounting size. Thanks to those improvements, the size of the PCB and active components has been reduced significantly. The result impresses with a compact size and uniquely low energy consumption – now you can carry a fully functional system with you and work on the go.

An AllWinner A10 system-on-chip has become the heart of the Q11. This system is based on a Cortex-A8 processor with 1GHz clock rate, which is more than enough for the majority of everyday needs for a typical user. A modern graphics processor, the Mali-400 has been chosen to render applications and carry out graphics tasks. This graphics processor will satisfy every need of the typical office user. A dedicated 1GB of DDR3 RAM is complemented with 8GB of integrated flash memory. Also, the new device supports memory extension using any type of drive via a 2.5 inch SATA connector. 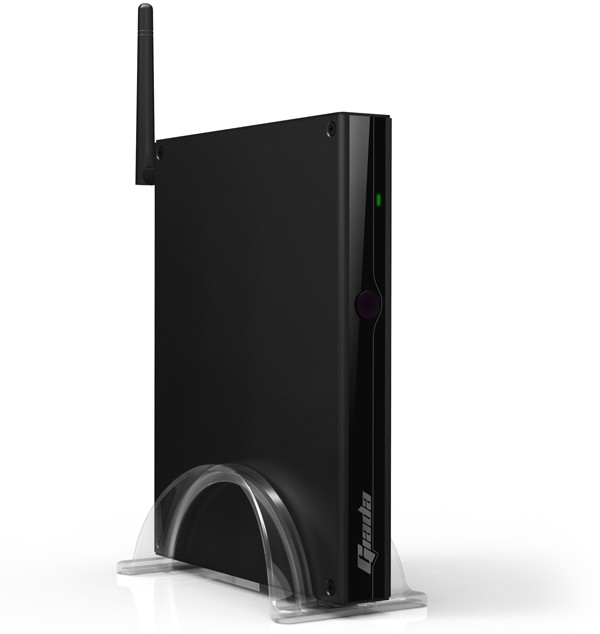 And this is not all – the new device boasts universal connectivity features including Bluetooth and Wi-Fi modules. There is a possibility to optionally add a 3G module. The highlighted premium feature, which is impossible to implement on even the most compact x86 systems, is the integrated 2200 mAh battery which will offer real mobility and great performance for long hours especially in the case of an interrupted power supply.

The crown of the new system is the latest version of the operating system – Android 4.0 (Ice Cream Sandwich) which is fully compatible with all new updates for relevant applications and is supported by all popular programs. The new system can be applied everywhere including multimedia systems for home and office, systems for hotels and gaming integrations, digital TV consoles, systems for control of digital interactive and street advertising panels, as well as components of automobile control systems, and in educational and medical offices.

With an extremely compact size of 191x155x26 mm, the Giada ARM MiniPC Q11 is true competition to any typical full size x86 systems in energy consumption while providing up to 85% of energy savings in some applications. While offering entire compatibility with modern popular user applications including web-surfing, Skype, social networking, emailing, and almost all casual games, the new Q11 is equipped with an extensive set of interfaces plus a G-Sensor for convenient and easy gaming, which is not provided in any system of a similar size.

A great advantage of Giada’s ARM MiniPC Q11 especially in large integration projects is the price which is approximately three times less than the price of systems based on x86 offering similar features and performance. The new Q11 offers great advantages over rivals in a large variety of applications.