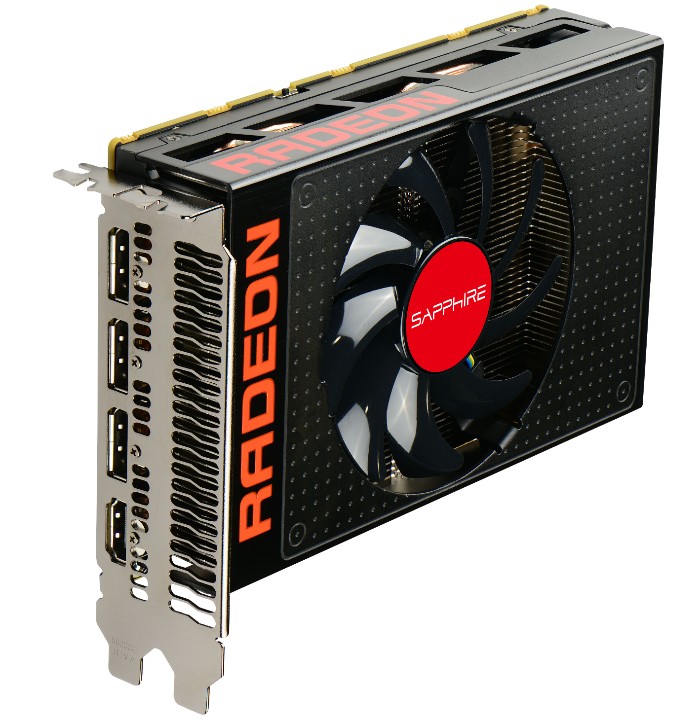 Running at 175W (typical) the Radeon R9 Nano is the world’s most power efficient Mini ITX enthusiast graphics card. The six-inch long, air-cooled board represents a new class of graphics card, enabling gamers, PC modders, and system integrators to build compact, unique, ultra-small form factors that have never before been possible, opening the door to new, sleek PC designs that are no bigger than a home DVR or videogame console.

„AMD’s ability to deliver this new class of products will open up a new era of PC’s where power efficiency and horsepower are not mutually exclusive,” said Adrian Thompson, VP of Marketing for SAPPHIRE. “There is nothing to touch the efficacy of the Nano.”

The SAPPHIRE Radeon R9 Nano is DX12 Ready and supports all the latest AMD features including AMD FreeSync, VSR, FRTC and Liquid VR. With multiple display outputs, it supports AMD Eyefinity for multi-monitor applications and is AMD CrossFire enabled for muti-GPU operation in a compatible mainboard.

The SAPPHIRE Radeon R9 Nano is available Worldwide immediately from the leading etailers and retailers.