Ulefone Brand Sale Now Running at Aliexpress – up to $84 off! 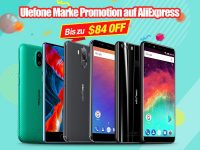 If you are a big fan of Ulefone mobile, then you can’t miss their brand promotion currently running at the online store AliExpress ,where they offer up to $84 off discounts on all involved devices. Let’s check them out!

Let’s begin with deals on two really hot devices – the Ulefone Power 3 and the Ulefone Power 3S. You can get the first for just $215.99, that’s a $84 cut of the original price. Aside from packing a huge 6080mAh battery, the Power 3 can also offer other highlighted features including Helio P23 processor, 6GB of RAM, 64GB of internal storage expandable up to 256GB, 6.0-inch 18:9 all screen display with FHD+ resolution, 13MP/5MP dual front camera, 21MP/5MP dual rear camera, safer 5V/3A fast charge, advanced facial recognition system, and rear fingerprint scanner.

Meanwhile, the Power 3S can be purchased for merely $167.99 and it offer the same internal specs like the Power 3 except sporting a bigger 6350mAh battery, lower 4GB of RAM and 16MP/5MP dual rear camera. Both the two phones run Android 7.1 Nougat out of the box and will be updated to Android 8.1 Oreo in March.

Next we have the two well-received all screen handsets -the Ulefone MIX 2 and the Ulefone MIX. The MIX 2 is at the incredible low price of $95.99. Given the price range, the specs of the MIX 2 are pretty decent including quad-core processor, 2GB of RAM, 16GB of internal storage,5.7-inch 18:9 all screen display with HD+ resolution, 13MP/5MP dual rear camera, 8MP selfie shooter with softlight, refined IML-processed back, 3300mAh battery, rear fingerprint reader, and Android 7,0 Nougat as the OS. 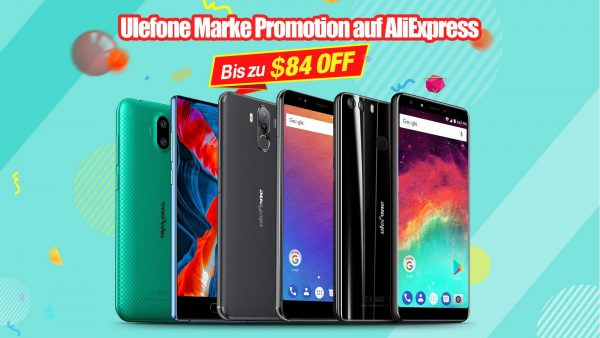 Aside from that , you can also get the entry-level Ulefone S7 Pro with for $52.94. Currently, the promotion is active on AliExpress and will end on March 18th, after that all prices will go up to the retail level.