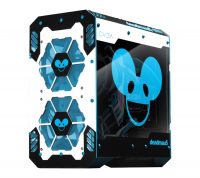 Canadian electronic music producer and mau5trap label head deadmau5 is one of the most prominent fixtures in the international dance scene of the last decade, instantly recognizable with his signature oversized mau5 head. Known for his live sets and highly produced stage set-ups, he is also an avid video gamer – contributing to soundtracks for Grand Theft Auto, Need for Speed, and more.

The EVGA x deadmau5 project was sparked by a tweet posted by deadmau5 asking his community where he could get a quality gaming PC to use while traveling. EVGA reached out and suggested building a mITX PC with the EVGA Hadron chassis. Both sides further discussed the case and EVGA offered to build a gaming PC using its EVGA Hadron air and hardware.

The initial plan was to create a stock build, but the project quickly morphed into a custom one-off case mod and build for deadmau5. EVGA reached out to one of its well-known case modders to create a one-off mod using the Hadron Air chassis. Other sponsors joined in. 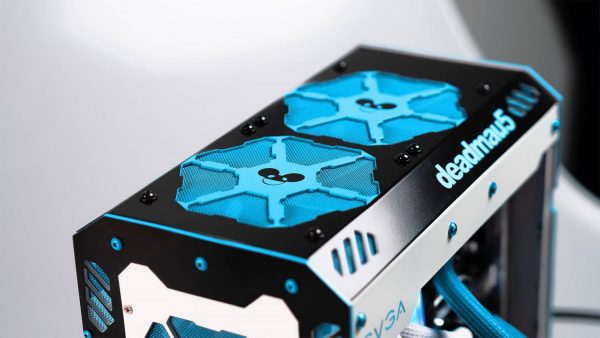 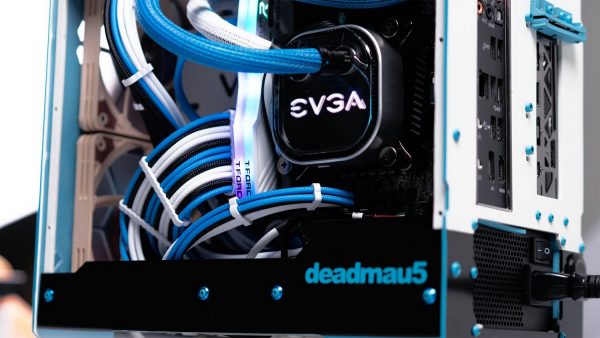 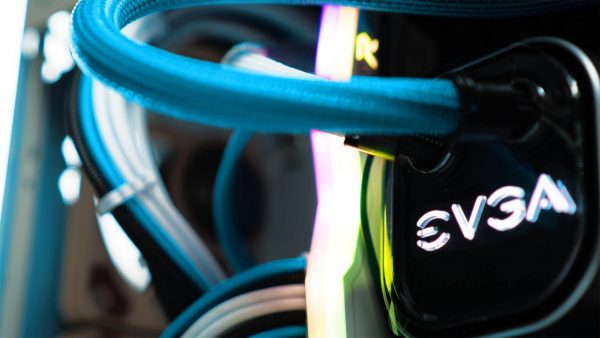 The big challenge was the paint job. Peter, the „Graphics Guy“, went all-out on the design and render of the case, which deadmau5 really liked. The hard part was getting three different colors on the case and still make it look amazing. EVGA reached out to different powder coating and automotive painters, but some were not able to work with the complex design and others would take too long. By happenstance, the project team came across OC Custom Coatings purely by luck, who said it was no problem! OC Custom coatings uses a unique ceramic coating process, which is durable and looks amazing – plus their team had no issues with the custom stencils and layers of the case! This was the main focal point and they did an amazing job!

We’re giving fans of deadmau5 and EVGA a chance to win some awesome hardware used in the build! See more and enter now at evga.com/articles/01285/evga-deadmau5-hadron-promotion