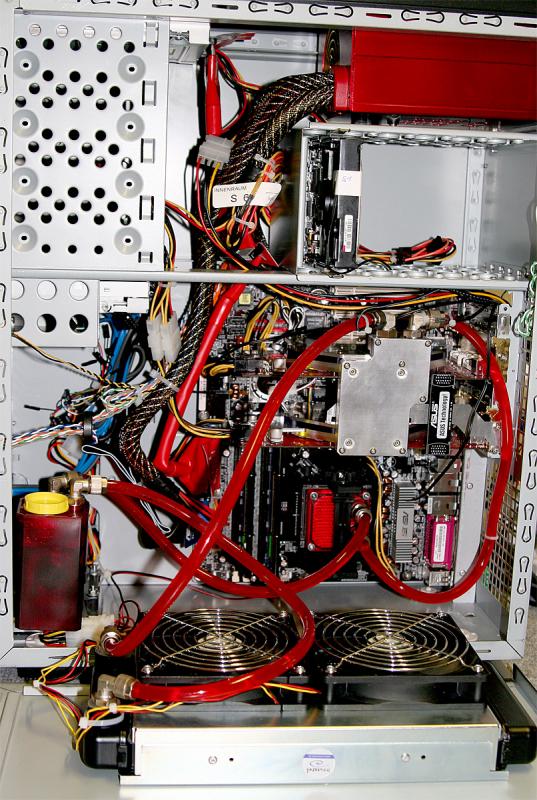 The Gainward CoolFX PowerPack! Ultra/2600 PCX „Golden Sample“ can also work „SLI-ready“ as a single slot configuration to be upgraded with a second board for SLI operation later. 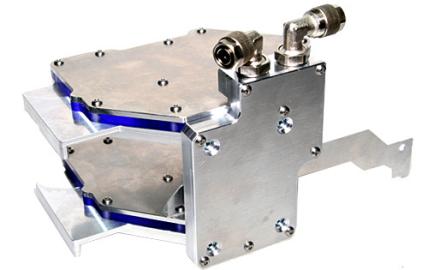 „Especially for high-performing SLI configurations consuming over 400 Watts of power air cooling is either inefficient, noisy, or both, whilst Gainward CoolFX water cooling is around 25 times more efficient and almost silent“, commented Hans-Wolfram Tismer, Managing Director of Gainward Europe. „The advantages of Gainward CoolFX are increased 3D performance at 50 – 150 MHz higher clock speeds and quiet operation targeting the 3D enthusiasts as well as professionals seeking a noiseless solution for their work place.“

In order to offer today’s most reliable and long lasting water cooling solution Gainward has partnered with innovatek, today’s leading manufacturer of liquid cooling solutions, based in Stammham, Germany.

„innovatek are manufacturing high-quality products that fit our needs extremely well“, says Hans-Wolfram Tismer, Managing Director of Gainward Europe. „As innovatek have been in this business since the beginning of „retail“ water cooling they have a great deal of experience and we are proud to have them as a partner.“

„To meet the requirements of the leading manufacturer of high performance 3D graphics and home entertainment accelerators is a great challenge for us“, says Markus Husterer, Managing Director of innovatek OS GmbH. „As pioneers of the whole H2O movement we are sure that this co-operation is another important step on the way of bringing the benefits of water cooling to every user.“

Gainward CoolFX is based on a revolutionary design featuring the world’s most reliable Eheim water pump with an average 10 years life span, while conventional lower cost solutions are using lower quality water fountain pumps which may not even survive the mandatory European warranty period of two years. Equipped with a performance radiator and a 120 mm low noise fan, Gainward CoolFX can be extended with the Gainward CoolPC upgrade kit to also cool down the CPU (Intel or AMD) and the North Bridge to almost room temperature. In order to avoid any leakages and water evaporation through the pipe system Gainward is using special plastic pipes and fittings to connect all components into a sealed water circulation system.

With nView Display Technology the Gainward CoolFX PowerPack! Ultra/2600 PCX „Golden Sample“ also supports two monitors simultaneously with two independent 400 MHz RAMDACs for office applications, 3D gaming and professional applications such as CAD, DTP, animation, or video editing. The maximum supported resolution for both displays is 2048 x 1536 @ 85Hz. Depending on the resolution the maximum refresh rate is up to 240 Hz. The integrated NTSC/PAL TV encoder supports resolutions up to 1024×768 without the need for panning with built-in Macrovision copy protection.