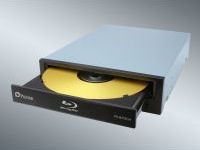 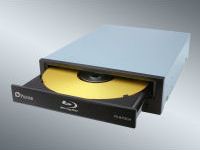 Anzeige
Brussels, 28th of June 2006 – Plextor, a leading supplier of optical and storage devices, announces its first drive to use Blu-ray technology – the PX-B900A . The internal (ATAPI) re-writer drive is capable of writing and re-writing Blu-ray discs at 2x (BD-R and BD-RE) up to a maximum capacity of 25GB for single layer and 50GB for dual-layer.

Rudy De Meirsman, Sales & Marketing Manager of Plextor Europe, says: “We are delighted to be launching our first Blu-ray device. Plextor has a long history in providing premium, high reliability optical drives and the new PX-B900A is no exception. This launch marks the start of a family of Plextor drives utilising Blu-ray technology.”

Blu-ray technology
Blu-ray technology is a next-generation optical disc format for storing high-definition video and data . The name Blu-ray comes from the blue-violet laser used to read and write to the disc. A Blu-ray disc can store significantly more data than a DVD (up to 25GB for single layer and 50GB for dual-layer), due to the wavelength of the blue-violet laser being shorter – which allows more information to be stored digitally in the same amount of space.

The Plextor PX-B900A has been developed to strict environmental and recycling standards – to meet EU RoHS (Restriction of Hazardous Substances) and WEEE (Waste Electrical and Electronic Equipment) directives.

Availability and warranty
The Plextor PX-B900A will be available from September/October 2006 at Plextor’s network of dealers. It is covered by Plextor’s Fast Warranty Service (2-year warranty in the EU, Norway and Switzerland (Collect & Return); other countries 1-year carry-in).