Taipei, Taiwan, September 8, 2010 – Elitegroup Computer Systems (ECS) releases super product of year P55H-AK with distinguishing product specification. Praise rains down when releasing. To express gratitude for ECS fans’ support, there will be a lucky draw for all ECS fans with the winner receiving an ECS latest P55H-AK motherboard. ECS holds Facebook campaign “P55H-AK Lucky Draw”, just write down one of correct reasons to have P55H-AK, and you will get the chance to take P55H-AK home. Besides, every week we will draw the lucky fans to win Gash points! The earlier you become an ECS Facebook fan, the more chance you will be our winners. Our fans do not miss this great chance.

Being fans of ECS Official Page can not only get the first-hand product information, but also receive the benefits, new product releasing, campaign sharing and etc. for ECS fans only. And, you can have the cutting-edge trends and the latest technologies applications in your hands.

How to get ECS P55H-AK
Being ECS fans on Facebook, and leaving one reason why you must have P55H-AK (Note: The reason you left needs to differ from the previous fan) from September 9 to October 8. Leaving behind the reason, and sharing this campaign picture to your personal wall. Finishing the steps, maybe you will be our winner to get the biggest prize P55H-AK.

In the period of our campaign, we will draw the lucky fans to win GASH points (also can change to other game points, such as Playfish and etc.) every week.
Joining ECS Official Page right now! 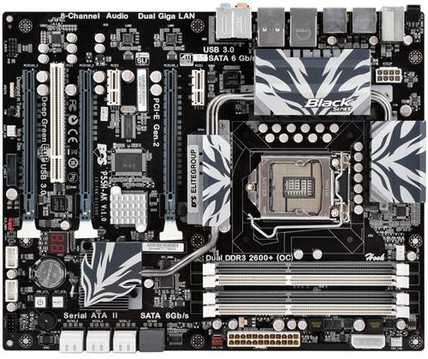