Time Spy Extreme is a benchmark for gamers who want to play at the highest settings, system builders configuring 4K-capable machines, and overclockers who are tweaking the latest PC hardware for every last bit of extra performance. 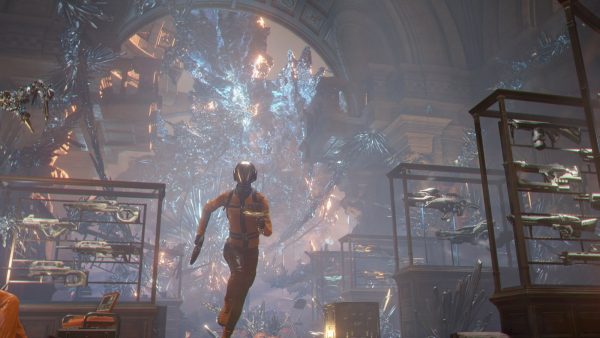 With its 4K Ultra HD rendering resolution and a redesigned CPU test, Time Spy Extreme is the ideal benchmark test for the latest high-end graphics cards and new processors with 8 or more cores. You don’t need a 4K monitor to run the test, though you will need a GPU with at least 4 GB of dedicated memory.

Ideal for new multi-core processors
The CPU test has been redesigned to let processors with 8 or more cores perform to their full potential. Compared with Time Spy, the Extreme CPU test is three times more demanding. It also lets processors use more advanced instructions sets up to AVX2 when supported. 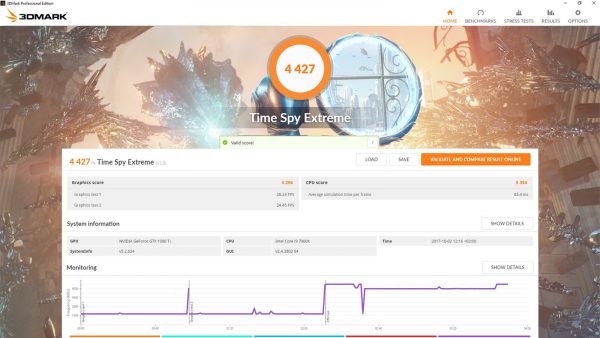 You’ll find a more detailed description of the tests and scoring methods in the 3DMark Technical Guide. 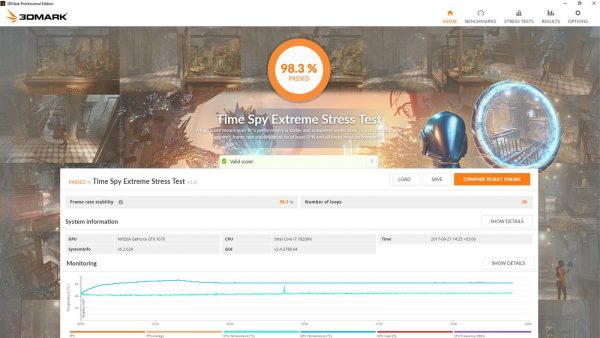 For people who bought 3DMark before July 14, 2016, Time Spy Extreme can be added to 3DMark by purchasing the Time Spy upgrade for $9.99 from within the application, (the update is free for people who already own the upgrade).

Standalone versions of 3DMark will prompt you to download and install the update. On Steam, 3DMark is updated automatically.

Buy from Futuremark.
Buy from Steam.

3DMark Professional Edition – From $1495 per year
3DMark Professional Edition is licensed for business and commercial use. It offers additional features designed for business users such as command line automation and scripting, extended Stress Test options, Image Quality Tool, private offline results by default, and result export to XML for further analysis and reporting. Find out more at futuremark.com/benchmarks/3dmark.