You can use Port Royal to test and compare the real-time ray tracing performance of any graphics card that supports Microsoft DirectX Raytracing—including multi-GPU systems.

You can find a detailed description of the tests, scoring methods, and system requirements in the 3DMark Technical Guide.

Available now
Port Royal is available now in 3DMark Advanced Edition and 3DMark Professional Edition. It is not possible to run Port Royal in 3DMark Basic Edition or the 3DMark Demo on Steam.

3DMark Advanced Edition, USD $29.99
From today onward, Port Royal is included in the price when you buy 3DMark from Steam or the UL Benchmarks website. 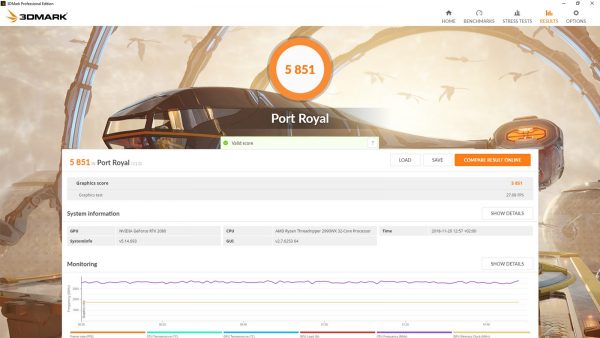