TAIPEI, Taiwan, August 26, 2011 – Motherboard giant, ASRock Inc. today announced their Z68 Extreme7 Gen3 motherboard now offers the latest XMP 1.3 support. It enables an easy and robust solution for extreme users to take advantage of the future memory standard. XMP 1.3 memory standard will be announced with the next-gen X79 chipset in the fourth quarter of this year. However, ASRock is the first motherboard maker to apply XMP 1.3 support to the current Z68 motherboard, letting user to be the first to try this new technology! 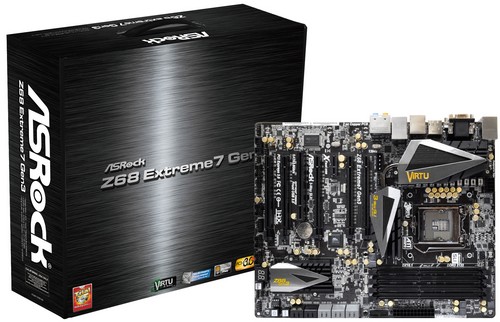 What is XMP 1.3 ?
Intel® Extreme Memory Profile (XMP) is a performance-packed expansion of the standard DDR3 memory spec. XMP is a performance profile setting which let the users to set their speeds without having to enter them all into the BIOS manually. The XMP 1.3 standard offers DRAM timing settings more precisely and is able to explore the maximum speed of DDR3 memory modules. Special highlight is that only XMP 1.3-supported motherboard can fully unleash XMP 1.3 memory power! If users are using XMP 1.2 platform motherboard but paired with XMP 1.3 memory modules, then the PC can be only running with lower speed or even fail to boot.

To access the most optimized memory settings and get timing configure more precisely, all you have to do is to simply select the predefined XMP 1.3 profile in the BIOS. 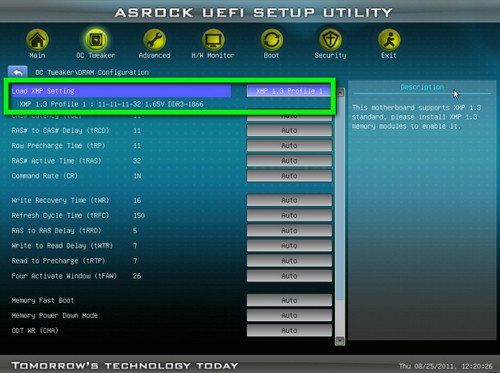 In addition to Z68 Extreme7 Gen3, ASRock will continue to apply XMP 1.3 support in our PCIe Gen3 Motherboards by offering the latest BIOS in the coming future. With ASRock motherboards and certified memory optimizations built into Intel® XMP 1.3, overclocking on ASRock PCs is easy right out of the box.