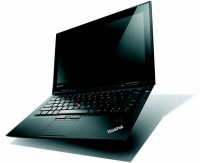 Instant Media Mode – Double Battery Life, Instantly
The hybrid doubles as a second PC thanks to its battery-stretching Instant Media Mode (IMM). IMM includes a Qualcomm dual core processor, up to 16 GB of memory and a custom Linux-based operating system. To switch to IMM from Windows, users simply click on an icon on the laptop’s home screen. With IMM, the laptop operates much like a smart phone, remaining turned on and requiring fewer charging sessions.

Via IMM, users can watch videos, view photos, listen to music and browse the web while preserving precious battery life. Pioneered by ThinkPad, the ThinkPad X1 Hybrid laptop also includes Rapid Charge2, technology that charges the battery up to 80 percent in just 30 minutes. 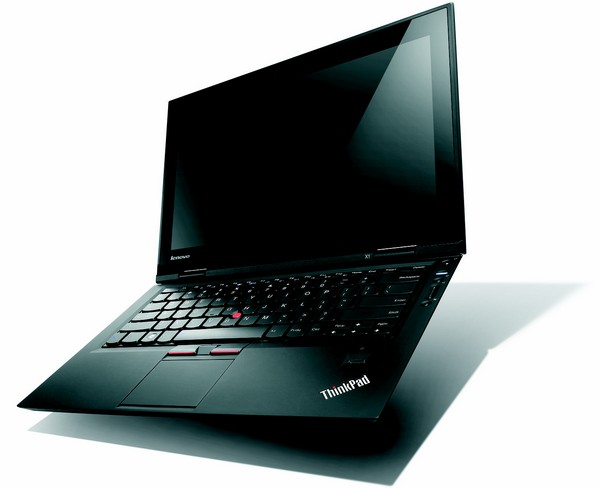 The Best of ThinkPad X1
Measuring less than 0.6-inches and weighing less than four pounds, the 13.3-inch ThinkPad X1 Hybrid goes heavy on performance by doubling the CPU performance and quadrupling the graphics performance of previous Lenovo 13-inch laptops. The hybrid comes equipped with choices of the latest Intel Core i3, i5 and i7 processors and the Windows 7 operating system.

While a great crossover PC, the ThinkPad X1 Hybrid remains a business-class laptop first with features like optional mobile broadband, a high definition display that includes Corning® Gorilla® Glass and a high definition web camera and microphones for video and voice calling. It also has robust security layered with Intel vPro3 technology, encrypted hard drives with remote management support and a fingerprint reader. Content on the ThinkPad X1 Hybrid looks good and sounds good in both Windows and IMM. The laptop features Dolby Home Theater v4 sound, an HDMI port and Intel Wireless Display technology to connect and stream 1080p video wirelessly to a TV or projector. 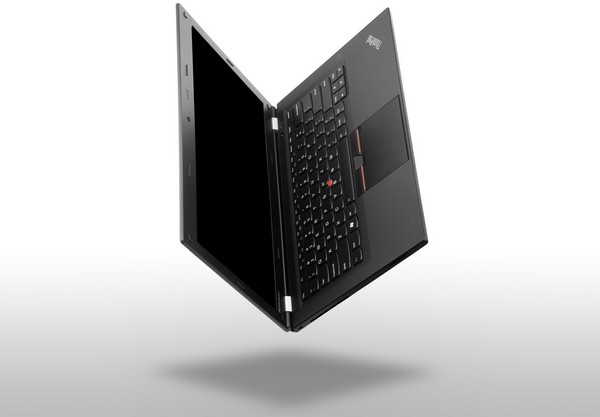 Ultrabook That’s All Business
Lenovo’s first business ultrabook, the ThinkPad T430u, equips business users with the same thin and light designs found in consumer ultrabooks without sacrificing business-class performance, and it comes at a mainstream price starting at $849.

The stylish ThinkPad T430u ultrabook borrows some of the elements typically found on premium laptops, such as a matte finish that’s soft to the touch and an aluminum top cover that complement its small – less than 0.8-inches and less than four pound – frame. It also sports ThinkPad’s new modern and minimalist island-style keyboard.

The 14-inch laptop has business-primed features including:

Pricing and Availability4
The ThinkPad X1 Hybrid laptop and ThinkPad T430u ultrabook will be available starting in Q2 2012 and Q3 2012, respectively, through business partners and online at www.lenovo.com. Pricing for models starts at approximately $1,599 and $849, respectively.

1 10 hours of battery life with integrated 4-cell and external slice 6-cell battery measured.
2 To reach 80% charge level. Typical ThinkPad X1 battery expected to maintain up to 80% charge after 1,000 charge cycles. Battery life and charge cycles vary by use. Typical X1 battery retains over 60% of original capacity after 3 years based on 250 cycles per year assumption. Lenovo offers a standard one-year Limited Warranty on the battery and the optional upgrade to a ThinkPlus® 3-Year Sealed Battery Warranty.
3 On select models with Intel Core i5 and i7 processors.
4 Prices do not include tax or shipping and are subject to change without notice and is tied to specific terms and conditions. Reseller prices may vary. Price does not include all advertised features. All offers subject to availability. Lenovo reserves the right to alter product offerings and specifications at any time without notice.