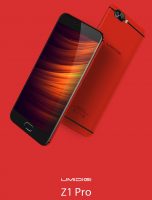 Coming from a reliable source, the image you see here would be the UMIDIGI Z1, the coming new flagship from UMIDIGI. The phone is reportedly to be fully detailed on 19th June.

Aside from the dual-camera array and the super thin body, you can basically tell what the design UMIDIGI Z1 is going to be. Apart from the 6.95mm thinness, there are not much more information can be gleaned so far in terms of the design features and materials used. UMIDIGI Z1 will be equipped with a big battery as UMIDIGI has been claiming that UMIDIGI Z1 is “the thinnest big battery flagship phone”, but the detailed battery capacity has not been revealed, we are expecting it to be between 3500mAh to 4000mAh. AMOLED screen is also expected to be used again on UMIDIGI Z1. Still, other details remain scant at this point.

Whether we’ll hear more about the UMIDIGI Z1 on a substantive level before it launches remains to be seen, but at least now you’ve got a good visual sense of what UMIDIGI Z1 will be announcing on 19th June.

Learn more about UMIDIGI Z1 and enter for $9.99 subscription and giveaway here: umidigi.com