Who will be the lucky one to guess the proper price for N20?

Anzeige
Learn more and win it for free.

DOOGEE has just announced that it is planning to announce a new phone in the near future, the DOOGEE N20. The company did share the design of this phone in a couple of images, and it also shared its specifications. In addition to that, DOOGEE also offered a spec comparison between the N20, and the Samsung Galaxy S20, and the Redmi 7. 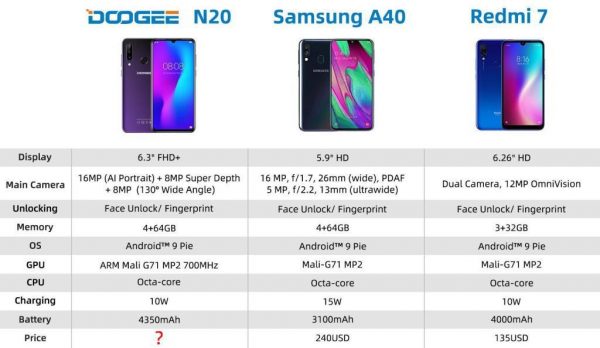 Let’s talk about the phone’s design first, shall we. We’re not sure what materials DOOGEE used here, but it does seem like the phone is made out of either a combination of metal and glass, or perhaps polycarbonate, and it’s difficult to say based on the renders that the company shared. We’ll just have to wait and see.

The device does look quite nice, though. The DOOGEE N20 features a dewdrop notch at the top of the display, and a „chin“ below the display, while it has really thin bezels all around. Its display sports rounded corners, and the phone is curved on the back.

There are three vertically-aligned cameras placed on the back of this device, and those three cameras are included in the top-left corner of the phone’s back side. An LED flash sits right below those three cameras, while a capacitive fingerprint scanner can be found on the back of the device as well. DOOGEE’s logo is also placed back there, in case you were wondering. 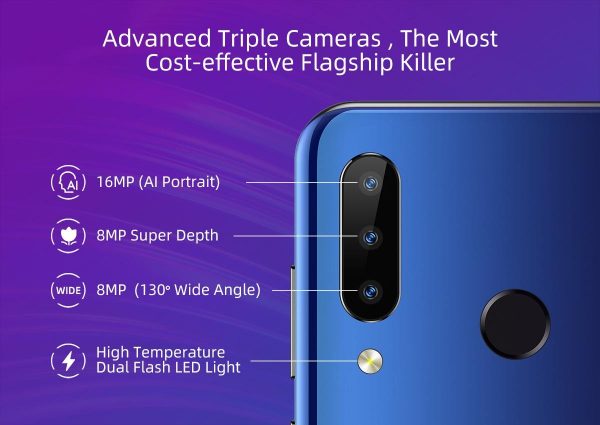 All the physical keys are included on the right-hand side of the DOOGEE N20, including the volume up, volume down, and power / lock buttons. It is also worth noting that the phone’s rear-facing cameras do protrude a bit, but that’s normal for pretty much every smartphone these days.

The DOOGEE N20 features a 6.3-inch fullHD+ InCell display, 4GB of RAM and 64GB of internal storage. The phone is fueled by the MediaTek Helio P23 64-bit octa-core processor, while a 4,350mAh battery is also be included in the package. That battery supports 10W fast charging, and the company says that it can provide plenty of battery life before it runs out of juice.

We still do not know how much will the phone cost, but it is expected to be extremely affordable. DOOGEE is actually offering you a chance to guess the DOOGEE N20’s price tag, and win the phone for free. The company will give away several N20 units, and if you’d like to participate, you can do so via this link. 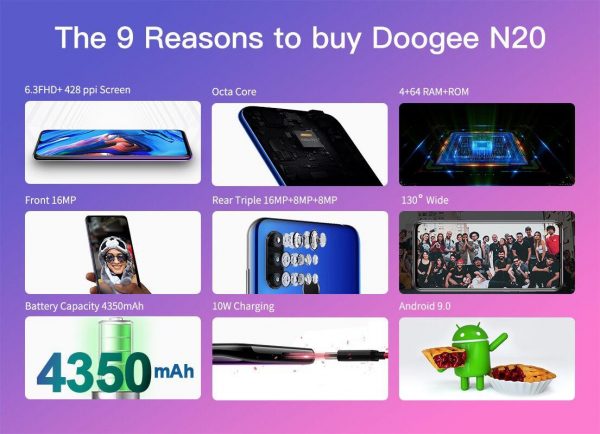