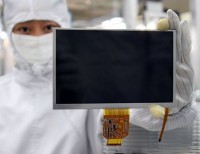 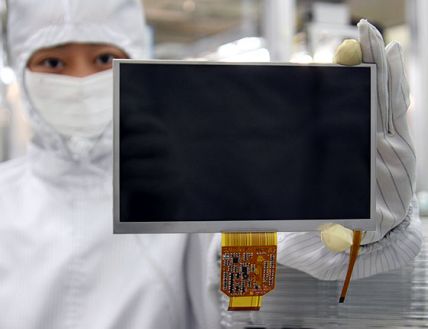 Until now, the market for mobile LCDs with WVGA resolution has been centered around eight- and nine-inch models. Samsung’s single-chip solution replaces the four-to-seven driver ICs common for a seven-inch platform. By utilizing advanced integration techniques, Samsung’s new mobile display eliminates the need to have a separate printed circuit board that contains timing control and power components to drive the display. Previously, multi-chip approaches have limited the design of very slim portable electronics.

Samsung has applied its proprietary amorphous silicon gate technology to the development of the new seven-inch LCD, enabling the gate driver IC to be fabricated directly on the glass substrate, with the timing controller integrated within the driver IC. An onboard digital chip eliminates the need for mobile developers to design their own circuits. The overall circuit footprint and component count have been reduced to about 1/3 of a conventional seven-inch LCD, inviting widespread adoption of the new seven-inch LCD in slimmer, more efficient system designs.

Samsung plans to expand the 7-inch LCD production capacity to 10 million units by 2007, and also expand the product line up to the five-inch class within the first half of next year.