Vivaldi 4.0: Vivaldi Translate and the beta of Vivaldi Mail, Calendar, and Feed Reader are here

With its biggest launch of the year, the Vivaldi browser aims to give users a real alternative to Big Tech. Today’s update expands its integrated tools with major additions: Vivaldi Translate and the much-awaited beta of Vivaldi Mail, Calendar, and Feed Reader.

Vivaldi on desktop and Android now offer Vivaldi Translate, a built-in, privacy-friendly translation service, powered by Lingvanex and hosted by Vivaldi, keeping translations out of the reach of companies like Google or Microsoft.

The eagerly-awaited beta versions of Vivaldi Mail with Vivaldi Feed Reader and Vivaldi Calendar are now available on desktop. While Vivaldi Mail Beta works with existing mail and calendar services, users can also choose to set up an account on vivaldi.net or add a trusted third-party service, such as Fastmail.

Truly, with Vivaldi 4.0, Vivaldi is making it easier to break away from the locked ecosystems and creepy, surveillance-driven practices of huge corporations.

„A growing movement of people worldwide is looking for reliable, functional alternatives to the tools offered by the tech giants. Vivaldi meets that need – and more – with an expanded set of integrated features that will give you more control of your data and your workflow. Simply put, the era of trusting Big Tech is over“, Vivaldi CEO Jon von Tetzchner says. 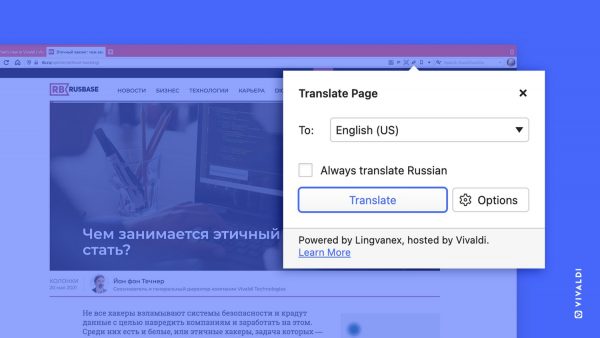 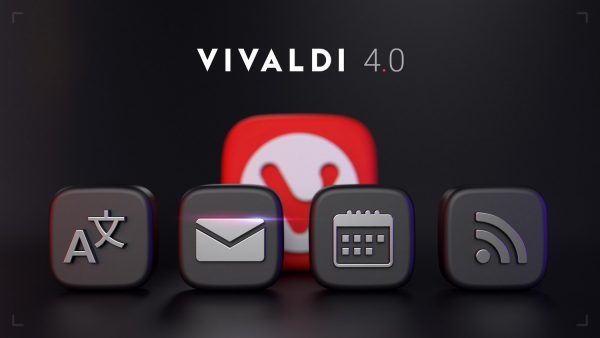 Download Vivaldi 4.0 on Windows, Mac, and Linux computers, mobile phones and tablets running Android 5 or higher, and on up-to-date Chromebooks.